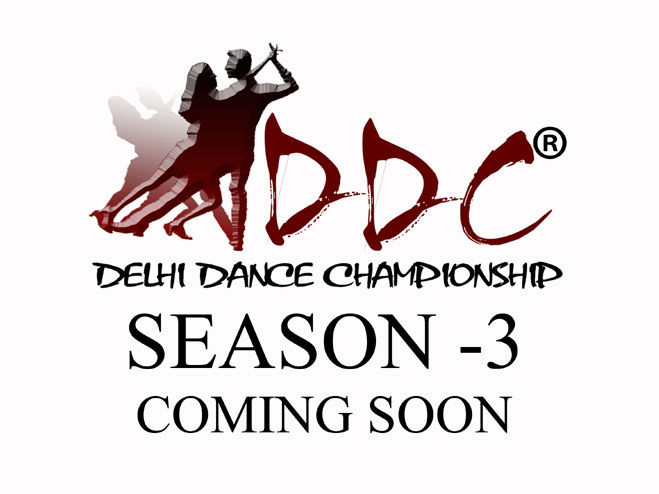 You need to be 14 years or above to be eligible for the Solo performance. Registration charges of Rs 500 +GST will be applicable. This will not be a separate category from the others and all the categories will be judged solely on the performance.

You can perform with a partner of your choice. Registration charges of Rs. 500+GST will be applicable for both. Both the performers need to be 14 years or above to be eligible. This will not be a separate category from the others and all the categories will be judged solely on the performance.

When performing as a group, the age is no criteria. Registration charges of Rs. 500 +GST will be applicable for all members separately. All the performers need to be 6 years or above to be eligible. This will not be a separate category from the others and all the categories will be judged solely on the performance.

Exclusively for the young ones! If you, or anyone on your family or friends, are in the age group of 6 to 14 years, here is your chance to win the hearts of the nation, through your dancing talent. You can only give a solo performance. To be a part of this competition, please register either online or by visiting our various centers. Registration charges - Rs. 500 (plus GST). 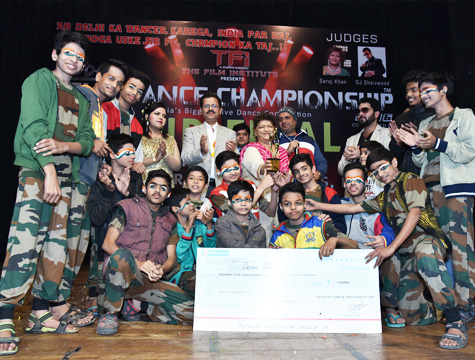 You can participate in whichever style or whatever you are comfortable with. Whether you want to perform solo, with a partner or as a group, just jump in and register. There are just some minor rules you will need to follow, which are mentioned in the respective sections 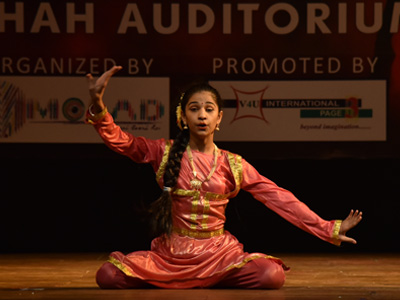 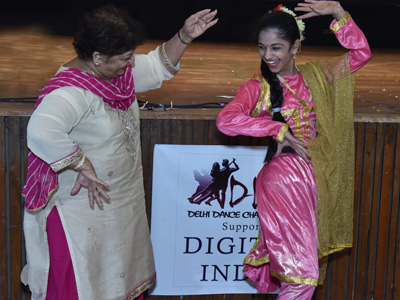 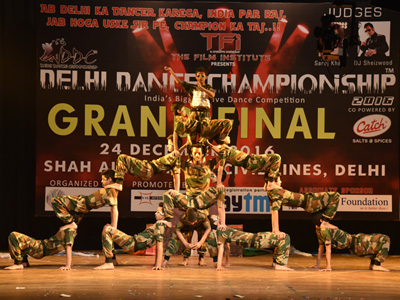 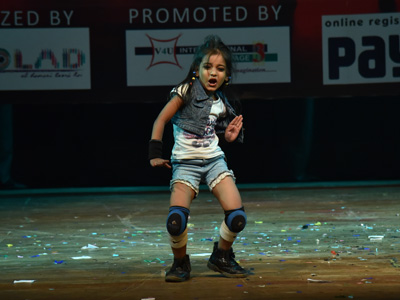 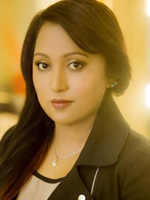 With over 15 years of experience, Shabina Khan has certainly made a name for herself as one of the most sought after choreographer in Bollywood. Her talent has won her much appreciation from far and wide. Read More 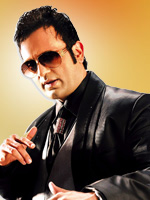 The only music Producer / DJ of India...who produced & remixed more than 123 rocking music albums in just 7 yrs. Half of these compilations like “Mere piya gaye Rangoon”, “Haadsa”.
Read More

Welcome To Delhi Dance Championship
who we are

Delhi Dance Championship, the nation’s biggest Live Dance Competition, is BACK!! Brought to you by the Molad Group, this event promises to be as spectacular and equally wonderful as last year. So, all those who missed being a part of this mega event last year, have something to rejoice. They can now be a part of this mega event, which is an integral part of the Molad Pictures & Creations Pvt. Ltd. which offers a platform for all the aspirants, who dream of gaining a foothold in the entertainment world. All those who are who don’t want to waste their talent and are passionate about dancing, are welcome to participate. All you have to do is to register on our website and pay a small registration fee. The Delhi Dance Championship will feature the 20 best performers, selected after a number of qualifying rounds. These 20 finalists will then perform in the presence of renowned Bollywood celebrities, on the 23rd December 2017 (Grand Fianle).

In Their Own Words
Here's What The Dignitaries Had To Say

The VERY well known choreographer from Bollywood, who need no introduction, was graciously agreed to be a judge at the finale of the Delhi Dance Championship, 2016, India’s largest Live Dance Competition. She was not only happy with the show and the performances, she “hoped that this show continued every year”. She also added that, “All the performances were so good, that they all appeared to be winners. Those who missed being crowned the winners, must surely try again next year, after more practice” She defined DDC has taken a praiseworthy step.

The music director par excellemce, who has won the hearts of millions with beatiful music, was equally impressed. “I am really happy to be associated with this show, which drew the attention of participants from every corner of Delhi and NCR. DDC not only provided the perfect platform for the participants to show their talent, but also paved the way for them to move towards success.”

DDC has designed and set the perfect stage to hone the talent of the youth and help them advance in their field. Such a platform encourages the young people to represent Indian music, tradition & dance and not only help it reach the far corners of the nation, but also inspire the rest of the younger generation. I congratulate the organizers for this brilliant venture, which has once again proven that introduction of talent should not be dependant.

I observed each performance very closely. The performance of each participant was absolutely brilliant. So much so that their amazing talent cannot be defined in words. It is my desire to continue being associated with the show in the future as well.

The show has been a tremendous success and I am really thankful to the sponsors, audience and participants for making this possible. In fact this has encouraged me to give the show a proper digital platform in the coming years. I wish ALL the participants the very best for the future and I also hope to see you all again next year too. Always remember, "Ab Dilli ka dancer, karega India pe raaj, jab hoga uske sar par Champion ka taaj"!

Watching the performers on stage today, filled my heart with pride! Having been associated with the DDC, I am happy and proud that we could put together this event, which put smiles on the faces of so many people. It's success has prompted us to keep up the show and make it an annual event. Hope to see more participants in 2017!

Well done DDC! Very impressed by the show and the performers. Amazing talent! I applaud the efforts for providing this platform for the hidden talents of so many young people to come to the limelight.

I was never conscious of the lack of my ability to dance, but watching the performances of all the participants, I really wish I could dance half as good. I am now really looking forward to the next competition.

For a Dancer, it doesn't matter what the audience says, though he/she loves to hear from them and claps. But the best appreciation for a dancer is when his/her talent is put to the test and pushes them to get better and better. I really hope more and more people get inspired by this competition and participate in the forthcoming competitions.

Can't we have this competition more often? It has been an absolutely thrilling competition and I can't wait to be a part of the next one.